What Is Base Isolation?

Base isolation is a building design where support columns are separated from the building foundation using round rubber and steel plates. The round plates are stacked around a lead rod and epoxied together. Seismic movement is dampened during an earthquake keeping the building and its contents intact. They are typically rated for 200-250% shear strain but have been successfully tested to over 400% shear strain. Base isolation is typically used in areas where greater than average seismic activity occurs such as the western and some central areas of the United States. 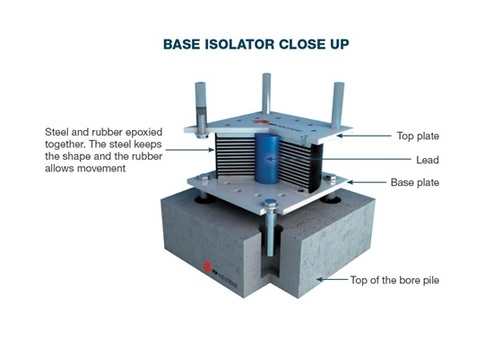